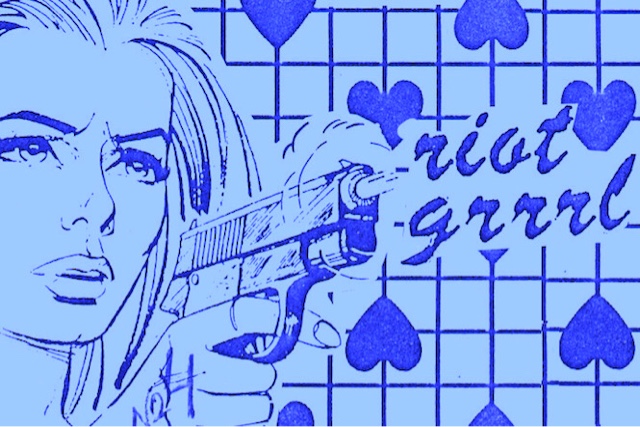 When I was around thirteen years old, I introduced myself to punk music. At that time 5 Seconds of Summer was really popping off and they affected the hormonal female teenage population and I was a victim. Screw One Direction, its team 5SOS, I want to be so punk rock. Anyways, I became super infatuated, intrigued and amused by the revolutionary genre that I ended up studying the history behind punk music. I was heavily committed into learning about this new sound that I came across the Riot Grrrl movement. 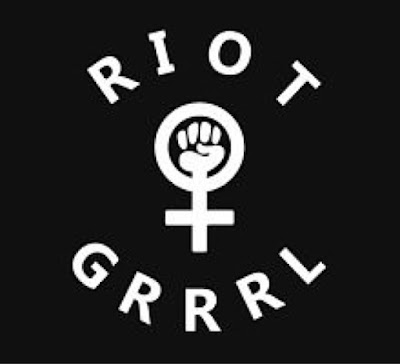 So how can "Riot Grrrl" possibly associate itself with punk rock music? Riot Grrrl (with triple r's) is a feminist movement that originated during the premature 90's in Washington state, then spread throughout America. Groups of women would come together to speak about taboo issues that women go through such as rape, treatment from social systems, sexual orientation, etc. Due to these subjects being discussed it lead to formations of several female punk bands with lyrics based on these topics. The band with the most recognition is Bikini Kill, (lead singer, Kathleen Hanna, who was also a major feminist) you might have heard about them if your all about the punk scene. The movement makes women yearn to become indestructible, self reliant leaders. Girls owned brands, zines, and had the power to protest on whatever matters that needed to be talked about. How legendary.

After researching for a couple of months, I begged my mom to buy me the " Girls to the Front " book by Sara Marcus for my fourteenth birthday, and she did! To be completely honest, this book was the first book I genuinely read through in years. "Girls to the Front" educated me on the power to be revolutionary. It is okay to be a non conformist, to have opposing thoughts, and to say/do whatever the hell you want. The book showed me the dialogue and the point of views that original Riot Grrrl members had along with the struggles that they went through to make their voices heard by the world. Although the women were tarnished and mocked by the media, that didn't stop them from continuing with their original premise. Ignoring the media, established a quirk about them; they weren't doing it for the fame because it was they're real lives. 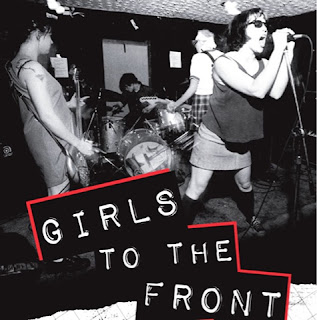 In the 21st century, Riot Grrrl still lives on. Zines, antagonistic lyricism, and being a bad ass female are still things relevant to today's society. I certainly do not regret educating myself on all info "punk", since it switched my sentiments about life as a person. We live in a place that doesn't tell us that we have the ability to somewhat alter the world, but Riot Grrrl does. Overall, "Riot Grrrl is about destroying boundaries, not creating them, (Ananda La Vita)."

Disclaimer
- All opinions are mine
- Photos provided by Google