You may be aware of Kacy Hill already as the chosen one who was featured on Travis Scott's unforgettable track "90210" on his "Rodeo" record. Thanks to "90210" that included Hill's memorable vocals, I always had to keep this girl's name in mind. The Arizonian's mellow, innocent, light voice resembles the sounds of St. Vincent or Marina and the Diamonds but Kacy Hill's specialty is in what instrumentals she chooses to sing on top of. 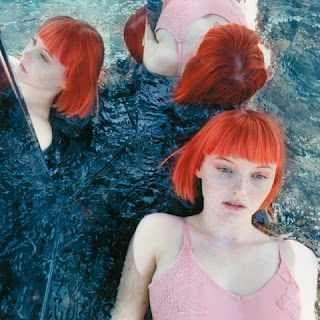 The G.O.O.D singer, who is signed to Kanye West' label, has recently released her freshest single "Lion" as of July 8th and its a unique rare tune. Similar to the rest of her music, Hill has established her own style of mixtures of genres, and "Lion" is extremely indefinable. It's evident how Kacy Hill grabs elements from electronica, sketchy R&B and pop, you can't tie the woman down. "Lion" starts off with haunting humming noises in the beginning, that ends up taking a crescendo to the loud "lion" repetition of a chorus. The chorus is catchy and adolescent, it really has the potential to be anyone's karaoke jam, I know it will be mine. My favorite part of the song is the bridge when the key of the song deepens a little bit. The key change switched the mood and tone of the song to a more vulnerable feeling from its intense, demanding sentiments from before. After the bridge the song returns back to its appealing chorus, ending with the mysterious humming noises that we heard from the opening.

Above is the visual music video for the single, which has gotten comments referring to it as "trippy" but I think is genuinely antagonistic. In the music industry today, artists come out with a lyric video before they release they actual music video, but I guess Kacy Hill was too cool to follow a basic trend and came out with a peculiar visual instead! These musicians should be taking notes! Kacy Hill's musical style comes across as guiltless and terse to me with a nameless genre. Personally, I am awaiting to hear a lot more from Kanye's disciple, due to the fact that her material and image is certainly a distinctive kind.

DISCLAIMER
- Images provided by Google
- All opinions are mine